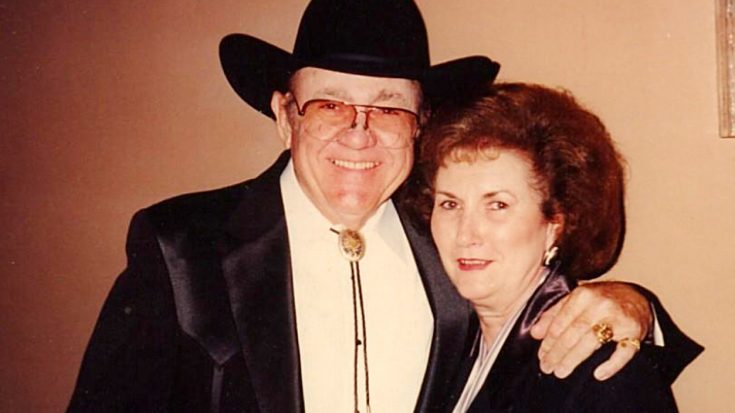 Truly one of the biggest names to ever hit the stage in the Western Swing genre, this legendary singer and musician passed away at the age of 91.

Missouri-born Leon Rausch has often been known as “the voice” of Bob Wills and The Texas Playboys but is also credited with starting his own band of Western Swing players in the 60s – and playing with fellow icons like Glen Campbell, Roy Clark, Loretta Lynn, Waylon Jennings and many, many more.

Leon Rausch. R.I.P. A true hero of mine. He would argue w/ me on this but I’ll say Leon was the best singer Bob (Wills) ever had! He was such a gentleman & as cool as they come. Photo @ Texas Playboy Reunion in Ruidoso, NM (L to R): Tommy Alsup, Leon Rausch, Benny Garcia, LRP. pic.twitter.com/W8ynk8lfsV

According to The Texas Playboys, Rausch passed away on Tuesday morning (May 14th, 2019) at the age of 91. Rausch first began playing with The Texas Playboys after a 1956 appearance on The Louisiana Hayride helped get him noticed and just two years later he joined Bob Wills and His Texas Playboys as the lead vocalist.

For the next 60 years, Rausch was known as the voice of Bob Wills & The Texas Playboys. After the founder, Bob Wills, died in 1975, Rausch and the other members committed themselves to playing the band’s classics and touring.

The band and Rausch played at the Legends of Western Swing Festival an almost countless number of times over the years and he appeared almost every year to sing at the annual Bob Wills Day in Turkey, Texas.

I only met Leon Rausch one time, but what a time we had!! Leon was the voice of Bob Wills and the Texas Playboys for many years and today he’s swingin’ in Heaven. Play some Western Swing in his honor today, won’t you? pic.twitter.com/dZsMsP9UDR

Now, it is with great sadness that the world of music mourns the passing of this legendary and influential Western Swing artist – someone who was critical in keeping the traditions of old, and the sound of true, classic Western Swing alive.

Leon Rausch is survived by his wife of nearly 70 years, Vonda. Our thoughts and prayers are with her during this very difficult time.