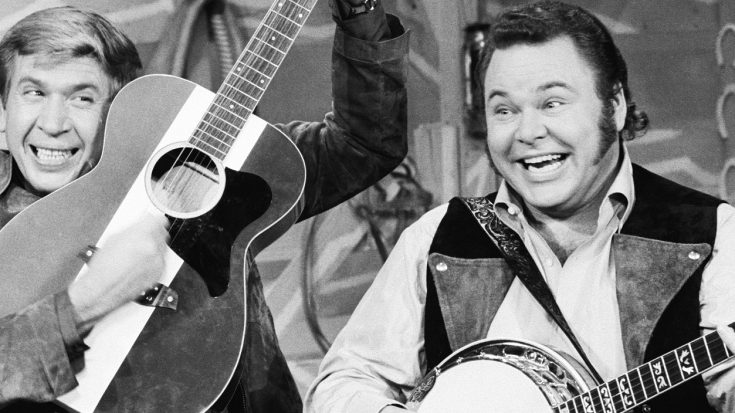 The beloved comedian, guitarist, master banjo player, and Hee Haw star has tragically passed away at the age of 85 – just hours after the 52nd Annual CMA Awards show took place in Nashville, Tennessee.

The Country Music Hall of Fame member and iconic musician was one of the most cherished faces in all of country music and he had become one of the legendary icons today’s stars looked up to.

His career in television highlighted his incredible skill as a guitarist and banjo player. In 1963, Clark had signed a record deal with Capitol Records and charted three Top 10 singles before then changing labels to historic country label Dot Records.

Throughout his career as a country musician, Clark he issued a vast number of singles to radio and continued to release records until the mid-1990s. His last radio single was in 1989 with “But, She Loves Me” from his album What a Wonderful World.

According to a press release from Clark’s publicist, the legendary “superpicker” and entertainment icon passed away at his home in Tusla, Oklahoma earlier today, November 15th, 2018. He had suffered from serious complications related to pneumonia.

“Before we go any farther, I want to lay somethin’ on you; it’s not heavy and it’s not to imply that you don’t already do it. It’s just a reminder… to all of us.

It takes all of us working together to get things done – no one does it alone. Only One did and I’m not that strong. Let’s start it – here’s to love – it’s still the best!” – Roy Clark

The included quote from his publicist highlights the great love and dedication Clark exhibited with every project, performance, and song he ever issued. A team effort with good-natured kindness will make the world a better place.

Our hearts break with the news of this treasured icon’s passing and we are keeping his family in our thoughts and prayers during this very difficult time.

Watch this unforgettable episode from RFD-TV below where Roy Clark looks back on some of his favorite moments on Hee Haw.