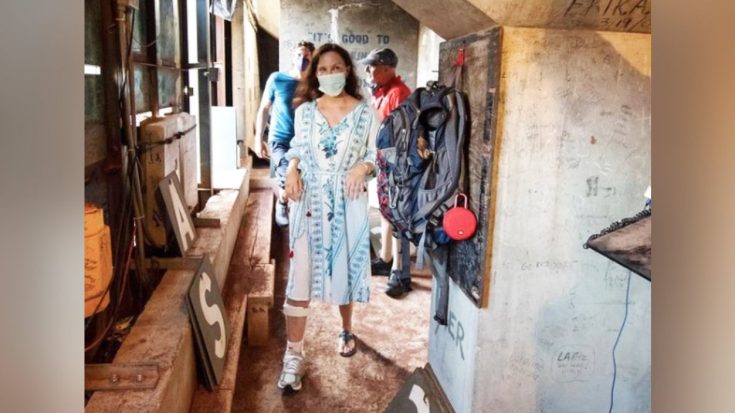 In February, Ashley Judd suffered a severe injury during a trip to Africa. She fell while walking through the forest to research bonobos, an endangered ape species.

Judd injured her leg in the fall. She said it was “broken in four places and had nerve damage.” Because she was deep in the forest at the time of her accident, it took 55 hours for Judd to receive medical attention.

Judd has been on a long road to recovery ever since. She was already making some serious progress by April, though she said her nerve damage will still take “at least a year” to heal.

In a new update posted on August 1, Judd said she finally walked for the first time after her accident:

“I hiked in the #SwissNationalPark,” Judd said. “Stepping in, I felt in my ease, my natural garment of self, at home in my spirit. My leg and foot, worked beautifully. I walked up hill on uneven surfaces for an hour confidently and came down carefully and easily.”

Now, Judd has reached yet another milestone in her journey to recovery. She made her first public appearance since her accident!

Judd attended a Red Sox game at Fenway Park with her father and her partner. She explained how many of her family members love baseball, so she too has a love for the sport.

“…to be hosted at the most historic park in the country with such a warm welcome was just awesome,” Judd said.

Judd posted a slideshow of photos from her visit to Fenway Park. The pictures show her walking around on her own without the assistance of crutches. She did wear a brace on her injured leg, but a portion of it was covered by the dress she was wearing.

Look below to see the photos of Judd at the Red Sox game below. She’s made such remarkable progress in the six months since her accident!