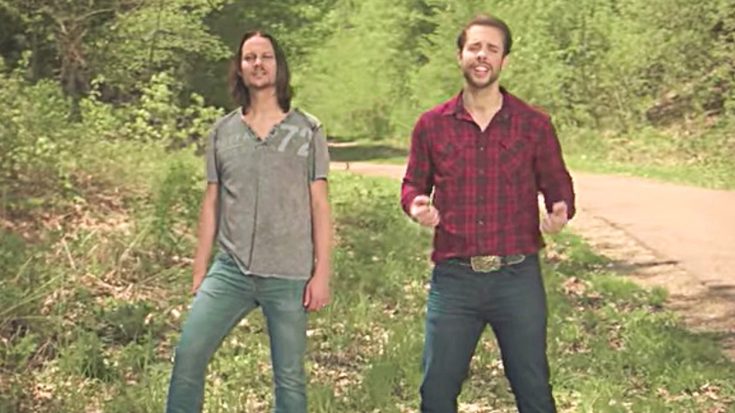 Back in 2000, brothers Chris and Adam Rupp teamed up with some of their best friends to form a musical group they called Home Free. The membership changed over the years, but Chris and Adam always remained the two constant members.

13 years after the group was founded, they competed on the competition series The Sing-Off, which featured the talents of a cappella groups. Home Free ended up winning the show, allowing them to finally catch their big break.

In the years that followed, the group released videos of their original songs and country/pop covers. Many of those videos generated millions of views, with their most-viewed video being their cover of Johnny Cash‘s “Ring of Fire.”

In 2016, the fellas dropped a bombshell when they announced that after all of his time with the group, Chris would be leaving to pursue a solo career and other passion projects. But they made it clear that his departure didn’t mean goodbye.

Home Free fans have seen Chris make cameo appearances in a few videos since he left the group. He even reunited to sing with them during the 2016 Christmas season, when they sang “What Child Is This” together.

While we’ve seen Chris in Home Free videos since the “What Child Is This” collaboration, it’s been a while since we’ve seen him sing with the group. Finally, he reunited with current bass singer Tim Foust to record a special rendition of one of the most beloved country songs of all time…Alabama‘s “Angels Among Us.”

This isn’t Chris and Tim’s first time singing “Angels Among Us” together. Back in 2015, Home Free released an “Alabama Sampler” video that featured the emotional song alongside some of Alabama’s other great hits.

But this is the first time that Chris and Tim have ever performed “Angels Among Us” with just the two of them and nobody else. Like Home Free’s covers, Chris and Tim’s rendition of the song is entirely a cappella, meaning their voices are the only sounds used to make their recording.

In typical Home Free style, Chris also released a music video to accompany his “Angels Among Us” duet with Tim. The video takes on a simplistic style, and was shot out in the country with the two guys being surrounded by the natural beauty around them.

The peaceful setting further enhances the tone of the song, and allows you to focus solely on Chris and Tim. Their voices create a heavenly sound together, resulting in a performance that the whole world needs to hear.

Go ahead and watch the duo’s performance of “Angels Among Us” below. Don’t be surprised if it leaves you with a few tears in your eyes.

Angels Among Us ft Tim Foust