Allie Colleen Gushes Over Having Trisha Yearwood As A “Bonus Mom” 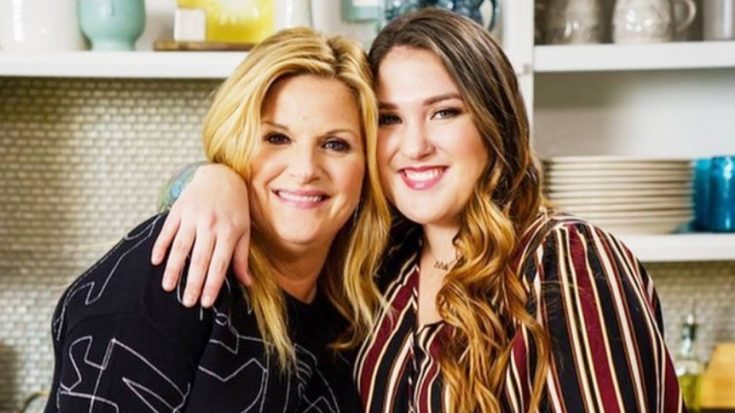 When up-and-coming country singer Allie Colleen was nine years old, her dad got remarried. Lots of kids have gone through a parent remarrying, but not many do it in the public eye like she did.

Allie’s dad is Garth Brooks and in 2005, he married another high-profile country singer, Trisha Yearwood. On that day, Trisha not only became Garth’s wife, but she also became a stepmom to her husband’s three daughter from his first marriage, August, Taylor, and Allie.

While some might think watching your dad fall in love a woman who is not your mother, is terrible, the same can’t be said for the Brooks sisters. Of course, when Garth and Trisha first started dating, it wasn’t easy for the girls, but they have come to love Trisha and by the time the couple were married in 2005, they were a big, happy family. In fact, Trisha “married” her step-daughters, too.

“We got married; my bonus mom and I, and my sisters exchanged rings when my parents got married, all that kind of stuff. It was such a beautiful relationship to grow up watching,” she said, according to PopCulture.

Allie also said, “I had the privilege, the amazing privilege to grow up and watch my dad fall in love with this amazing woman and have this amazing relationship.”

Now, 15 years into the marriage, everyone is supportive of everyone, especially Garth’s first wife Sandy and Trisha.

During an appearance on The Kelly Clarkson Show, Garth actually told the story about him telling his three girls that he and Trisha were going to be getting married. He asked that if anything were to happen to him, that they take care of Trisha – so sweet!