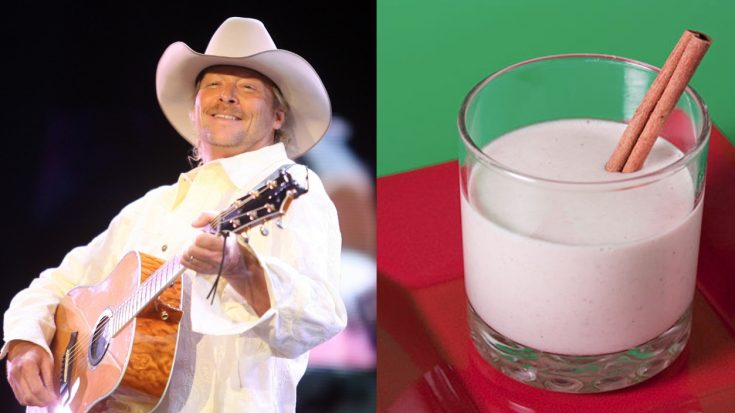 Y’all ready for Christmas? Alan Jackson is! He just shared his favorite holiday egg nog recipe on social media and all kinds of country-folk around the nation are mixing up the ingredients right now as we speak.

Alan Jackson said on Instagram, “Make some holiday cheer for your Christmas party with Alan’s Egg Nog, from, ‘Who Says You Can’t Cook It All – 2nd Edition!”

The legendary country music icon said that all you need to make the delicious egg nog is 1 pint of heavy whipping cream, 1 1/4 cups of sugar, 6 eggs, 3/4 cup of bourbon whiskey, 1/3 cup of light rum, and 1 quart of whole milk.

Once you got all that yummy Ingredients lined up, whip the heavy whipping cream in a bowl until it’s stiff. After that, mix in 1/4 cup of sugar in that bowl.

What you’re going to do next is grab another bowl and whip the egg yolks until they’re creamy and then you’re gonna mix 1/2 a cup of sugar into that.

Next add liquor into the whipped egg yolk mixture. Then stir in the quart of milk and then mix all the ingredients together. Chill it before serving and then top it with a sprinkle of nutmeg for the final touch.

Take a sip of that bad boy and you can thank Alan Jackson and his family for giving you the tools you needed to have a wonderful day now. It’s super delicious, give it a try.

The recipe is just one of the mouth-watering recipes from Jackson’s 2nd edition cookbook Who Says You Can’t Cook It All which he released in 2009.

It shares his family recipes along with family photos over the years and it’s an updated version of his original 1994 cookbook.