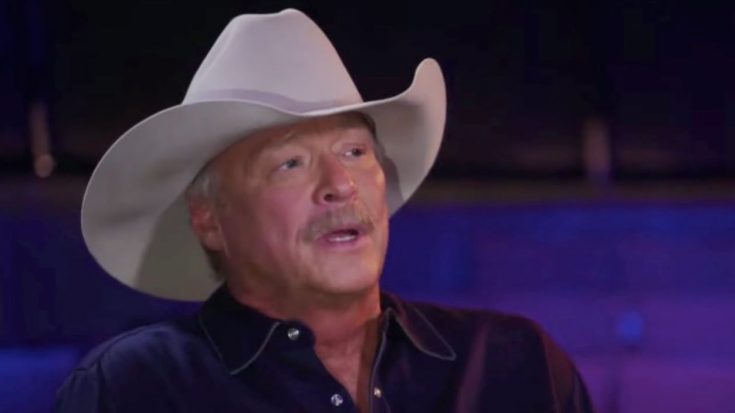 Country music fans grew concerned when Alan Jackson abruptly canceled two concerts that were scheduled for September 17 and September 18. Many wondered why Jackson canceled the shows so suddenly, and worried about his health.

Fans had a right to be worried. As Jackson revealed in an interview with TODAY‘s Jenna Bush Hager, he has been diagnosed with a degenerative nerve condition called Charcot-Marie-Tooth disease.

The diagnosis is not new to the Country Music Hall of Famer. In fact, he told TODAY he was diagnosed with the condition ten years ago.

“It’s genetic that I inherited from my daddy,” Jackson said of his condition. He said it affects his ability to walk and perform:

“There’s no cure for it, but it’s been affecting me for years,” he said. “And it’s getting more and more obvious. And I know I’m stumbling around on stage. And now I’m having a little trouble balancing, even in front of the microphone, and so I just feel very uncomfortable.“

Even though there is no cure, Jackson said his condition is “not deadly.”

“It’s not going to kill me…But it’s related [to]  muscular dystrophy and Parkinson’s disease,” he said.

Despite everything, Jackson is hopeful he’ll be able to keep performing. “...I’m not saying I won’t be able to tour. I’ll try to do as much as I can,” he said.

You can watch Jackson’s full interview about his condition below. Our hearts and prayers go out to him.

“It’s been affecting me for years.”

Ten years ago, country music superstar Alan Jackson was diagnosed with a degenerative nerve condition affecting his ability to walk. Now, for the first time, he opens up about his health struggles to @JennaBushHager. pic.twitter.com/IkrQOeixjR