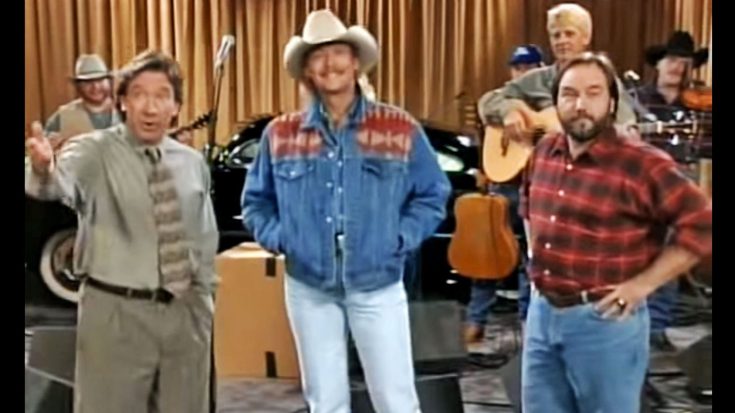 Just a handful of years after his debut, the country crooner gave his fans something to remember.

During one of the biggest years of his career, Alan Jackson makes an unexpected appearance on a widely popular American sitcom that swept the nation.

Home Improvement was an ABC sitcom that ran for nearly a decade and had many, many, surprise guests – but Alan Jackson definitely topped the list.

In the episode, Jackson sings his hit remake of K.C. Douglas’ 1948 hit, “Mercury Blues” while Tim & Al hop inside his vintage Mercury sedan and pretend to take a ride.

Jackson’s version of the song also caught the attention of Mercury Vehicle’s parent corporation, Ford Motor Company – who purchased the rights to the song and used it in many television commercials throughout the early ’90s.

Watch Jackson sing his hit tune y’all know and love during his surprise appearance in the video below!