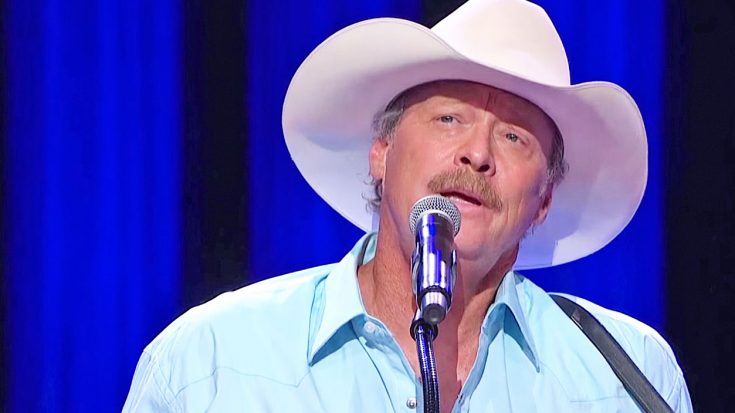 The Best Of The Best

There’s a good reason why Alan Jackson is one of the most beloved artists among country fans. His pure country voice and his ability to tell emotional stories through song makes him a captivating entertainer.

During an appearance at the Grand Ole Opry in October 2015, Jackson proved once again why he’s one of country music’s most successful artists.

In 2002, Jackson released the sentimental song “Remember When” as the second single from his Greatest Hits Volume II album. Written entirely by Jackson himself, the song spent two weeks at the number one spot on the Billboard country chart.

The song serves as a source of reflection for Jackson, as he looks back on his life with his wife, Denise. It traces the beginnings of their relationship all the way into their future together after their children have grown and moved away.

“Remember When” is one of Jackson’s most memorable songs, and is always a crowd favorite. So when he appeared at the Opry on one occasion, it was the perfect song to perform.

In a clip released by the Opry, Jackson can be seen center stage playing his guitar as he sings the reflective song. Jackson had tears in his eyes during much of the performance, showing how strong his connection still is to the words he wrote over a decade ago.

Jackson’s delivery was tender, and drew the audience in from the start. The minutes seem to fly by as he tells you the story of his life in the past, present, and future. Jackson was rewarded with a warm round of applause at the end of the song, which was well-earned.

With a smile, a slight bow, and a tip of the hat, Jackson thanked the crowd for their enthusiastic show of thanks.

You can watch part of Jackson’s Opry performance of “Remember When” in the video below. We’ve always known he’s one of the greats, and this performance serves as proof.