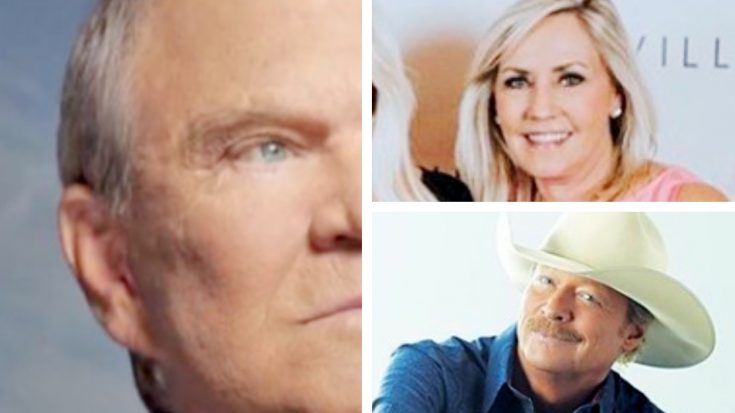 My daughter Mattie has a new mission and venture that gives back to women and orphans in need. Go check out @nasheville_ and support strong women like her, turning their great pain into a great purpose. #ProudDaddy #ProudOfAllMyGirls #NaSHEville

“I will always feel like I owe Glen a lot of gratitude – he was my first contact in Nashville when my wife, Denise, was a flight attendant. She met him at the airport and he gave her his business card for his publishing company.  This connection lead me down the path that brought me to where I am today.”

I think a lot of people may not realize what a huge international star @glencampbellofficial was during his time in both pop and country music.  He had many timeless hits that will never be touched.  He also was a great musician and great singer who played on a lot of music before he became THE Glen Campbell.  I will always feel like I owe Glen a lot of gratitude – he was my first contact in Nashville when my wife, Denise, was a flight attendant. She met him at the airport and he gave her his business card for his publishing company.  This connection lead me down the path that brought me to where I am today. RIP #RhinestoneCowboy Alan and Denise Jackson