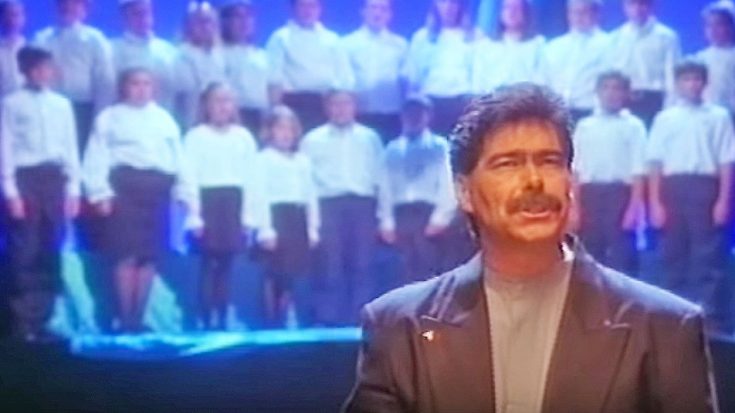 Country music group Alabama‘s gospel-like “Angels Among Us” was released in December 1993 and has been touching the souls of millions ever since. The video for the song radiates the same purity and spirituality embodied in the melody.

"Angels Among Us: Hymns & Gospel Favorites" is avail today anywhere you can buy music! You can buy online too!Walmart:…

The stories tell the tale of common every day heroes such as John Winstead who endured multiple stab wounds after saving a woman from a parking lot attacker and Mattie Dotson who has opened her home and heart to over 50 foster children with no where else to go. The everyday heroes are true “angels among us.”

“Angels Among Us” was released as a Christmas single off their fifteenth studio album Cheap Seats and charted twice on Billboard’s Hot Country Songs chart between 1993 and 1995 peaking a number 22.

After the release of the song as a single, Owen received hundreds of letters from fans describing the song as a “blessing.” No matter how many times the iconic band plays this song, it’s always a treat for fans in the audience.

Watch the beautifully chilling video for “Angels Among Us” in the video below.