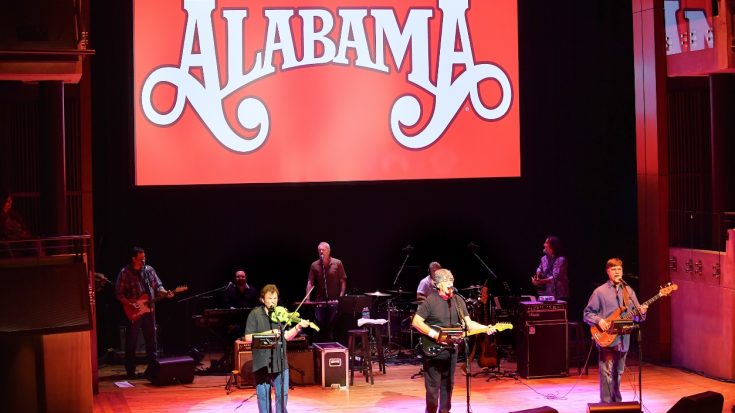 One of the most-loved groups to ever hit country radio is celebrating more than half a century of incredible music…and they’re giving fans the chance to join them!

Hitmaker country band Alabama is heading out on tour in just a few weeks for their 50th Anniversary Tour and tickets are on sale now!

But, the excitement doesn’t stop there…

ON SALE NOW🎶 @TheAlabamaBand's 50th Anniversary Tour is heading to @USCellCenter on Friday, May 31 & tickets are on sale now! Get tickets here: https://t.co/fq0HHOsbfT pic.twitter.com/VCUIBosYgd

Kicking off on January 10th, 2019, Alabama’s hallmark celebration of their musical journey and all the fans that have stuck with them will be the concert to see – especially after you see who’ve they have lined up as special guests.

50 years is a big deal for anyone – and it’s especially big for guys like Randy Owen, Teddy Gentry, and Jeff Cook who have delivered hits like “Mountain Music,” “I’m in a Hurry (And Don’t Know Why),” and “Song of the South.”

The band has charted songs across genres and throughout the last 50 years, and held more than 30 No. 1 hits since 1980.

5th time seeing them in concert and they still rock the house! One day I’ll have front row seats! @TheAlabamaBand #bestgroupever #rupparena pic.twitter.com/fmRgrA67jS

Formed in Fort Payne, Alabama in 1969, they have won more than 200 awards and have been inducted into the Country Music Hall of Fame.

They will be kicking off this grand celebration on January 10th, 2019 at the Fox Theatre in Detroit with rising country star Chris Janson as their special guest.

The Charlie Daniels Band, Tracy Lawrence, and The Oak Ridge boys (among many others) are all slated to appear alongside Alabama on this sure-to-be-amazing tour.

See the full list of dates below and watch the promo for it in the video.