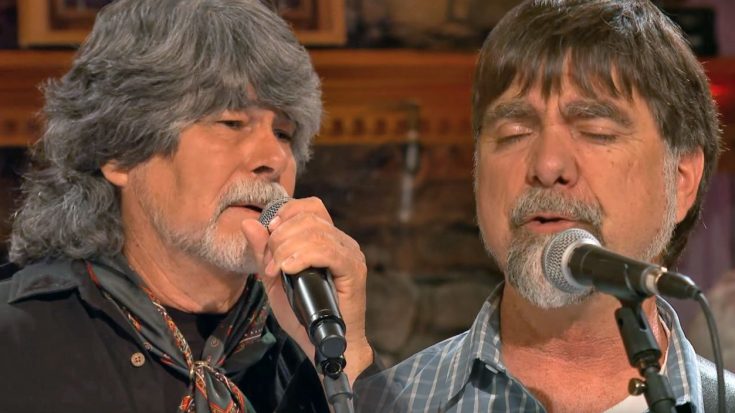 On November 8th, award-winning country band Alabama announced that founding member Jeff Cook had passed away after a decade-long long battle with Parkinson’s Disease. According to the announcement, Cook passed away “peacefully” on Monday (Nov. 7) with his “family and close friends by his side at his beach home in Destin, Florida.”

Cook started the band Alabama with his cousins Teddy Gentry and Randy Owen in 1969 and since then have notched over 27 number one hits and sold over 75 million records, making the trio the most successful band in country music history.

On November 10, Randy Owen and Teddy Gentry each released statements on their joint social media pages.

“He lived to play our music we created together. He could play any instrument he chose, but his harmonies I’ll miss the most. I’m thankful we got to create music together for over 50 years! Wish we could play ‘My Home’s in Alabama’ one more time. I’m hurt in a way I can’t describe! To Lisa, thanks for loving him and being there for him to the end. Play on, Jeff. Love you!”

“Closer than brothers, we lived together more than with our immediate families. Don’t think I’ve known anyone who loved playing more. Jeff, along with me and Randy, experienced the highs of undreamed success, as well as some very tough early years. None of us were perfect, but together we had something so special it will never die. No other guitar player I’ve known had the range of styles Jeff had. No one can take your place. Ever. Rest in peace till we get to jam again.”

While they knew Cook had Parkinson’s we’re sure they weren’t expecting Cook’s health to take a turn for the worst, seeing as they had tour dates scheduled through 2023.

Our thoughts and prayers go out to Owen, Gentry, and Cook’s family and friends.