After Decades In The Business, George Strait & Willie Nelson ‘Finally’ Sing A Duet In 2019 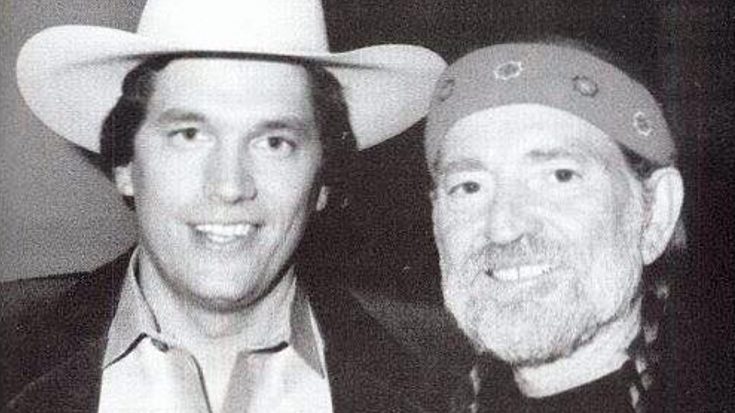 Just when you thought The King of Country Music’s new album couldn’t get any better…he added another legend into the mix. George Strait finally released the studio version of the long overdue duet with good pal, Willie Nelson.

Strait’s highly anticipated album, Honky Tonk Time Machine was released on March 29, 2019 and it featured a series of classic sounds and tunes, the world can rest assured that The King is back. Before the album’s big release, Strait treated us with a few hits including “God and Country Music” – featuring his grandson – and “Every Little Honky Tonk Bar.”

George and his Ace In The Hole Band cut their teeth playing at the Broken Spoke, on any given night at the Texas honky…

As fans are putting the record on repeat, one track has everyone praising Strait. The 13th track on the album, “Sing One with Willie” features, of course, Willie Nelson himself. While Strait released his first album in years and then added Nelson to the mix – it’s like a classic country dream come true.

Duet Of A Lifetime

“Sing One With Willie” is written by Strait, Nelson, Bubba Strait, and Buddy Cannon. The song begins with Strait reminiscing on his whirlwind of a career, but there’s one thing he has still yet to do.

By far one of the greatest photos I've had the pleasure of taking this year. Willie Nelson George Strait #canonphotography #willienelsonandfamily #nashville #countrymusic #bucketlist✔️

Following the chorus, Strait recalls all the other incredible artists that have had their duet with Nelson – including Merle Haggard, Waylon Jennings, and George Jones.

Following the instrumental bridge, Nelson steps in for his big solo.

“I finally could sing one with Strait. Well, I think that it’s been long enough. I’m mighty proud, just listen to the crowd. I finally got to sing one with George Strait.”

The duet we’ve waited for for so many decades is here and yes, it’s just as great as you imagined it. Listen below.