Admired Guitarist For Elvis, Neil Diamond & Other Legends Passes Away 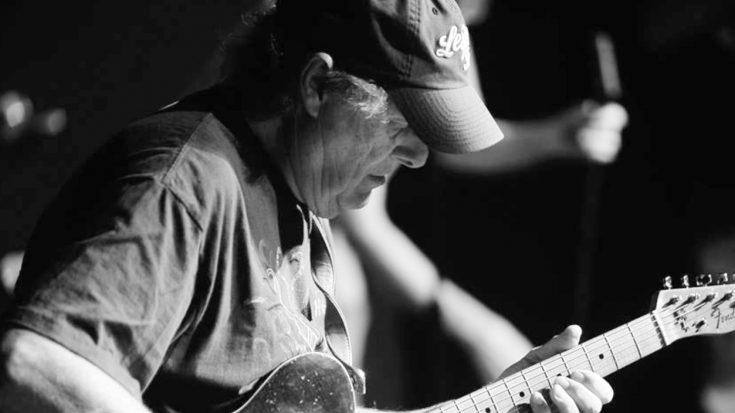 A Musician Everyone Noticed

When listening to music, we always tend focus on the lead “voice” in a recording. Whether that “voice” belongs to a singer or an instrument, it doesn’t matter. Whoever or whatever is featured at the front of a recording is what we naturally pay the most attention to.

Because of this, we often don’t notice everything going on in the background. But people sure did take notice of one talented musician’s contributions to numerous hit songs.

The musician we’re talking about is guitarist Reggie Young.

He Played For The Best Of The Best

If you’ve never heard Young’s name before, we guarantee you’ve heard his music. He played on the best songs recorded by the best artists, including Elvis, Waylon Jennings, Willie Nelson, George Strait, and countless others.

Just a few of the iconic songs that feature Young’s expert guitar work include Neil Diamond’s “Sweet Caroline,” The Highwaymen‘s “Highwayman,” and Nelson’s “Always On My Mind.”

He also contributed to a number of Elvis’ greatest works, including “Suspicious Minds,” “In the Ghetto,” and “Don’t Cry Daddy.”

Sadly, no one else will ever be able to call on Young to lend his musicianship to their recordings. Commercial Appeal confirmed that his family, friends, and artists he worked with through the years revealed he passed away on Thursday night (January 17) at his home outside of Nashville. He was 82 years old.

One artist who took to social media to mourn Young’s passing was Travis Tritt.

Tritt took the time to brag about Young’s successful career, mentioning how he was the one responsible for playing the famous lick in Dobie Gray’s “Drift Away” (a song later made even more famous by Uncle Kracker).

Tritt also shared that Young had contributed to some of his albums in the past.

“He was the most recorded studio guitarist in history,” he wrote. “Moreover, Reggie was a genuinely nice and humble human being.”

Extremely sad to learn that legendary studio guitar player Reggie Young has passed away. Known for the famous lick on Dobie Gray’s “Drift Away” Reggie played on practically everyone’s albums at some point including Elvis, Waylon, Hank Jr. mine and so many other’s. He was the most recorded studio guitarist in history. Moreover, Reggie was a genuinely nice and humble human being. My deepest condolences to his family. #RIPReggieYoung

The Legacy He Left Behind

After playing for other artists for decades, Young finally released his first solo instrumental album in 2017, appropriately titled, Forever Young. To honor him, you can listen to one of the tracks off of the album in the clip below.

As of press time, no funeral arrangements for Young have been announced. But whenever they are revealed, and if his family chooses to have a public service, we have no doubt that it will be well-attended.

Young’s loss is one that will be felt throughout the entire music industry, and it’s a loss that sure hits hard. We’ll miss him, and his music.