Actress Who Played Millie On “Mayberry R.F.D.” Passes Away At Age 85 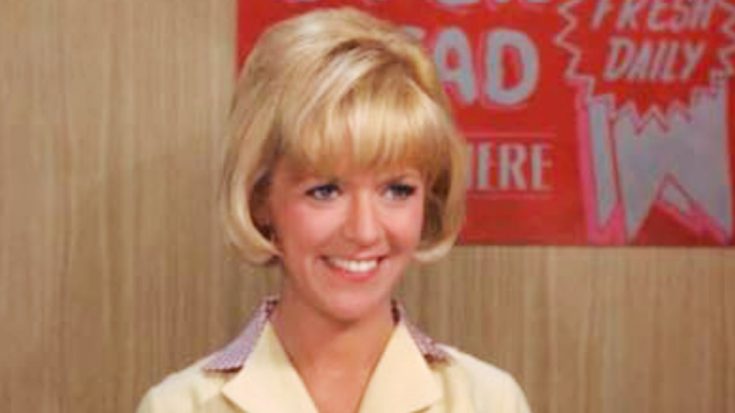 During a speaking engagement in 1997, actress Arlene Golonka said, “I breathe, eat, and live acting.” She started acting as a teenager, and studied at the prestigious Goodman Theatre in her hometown of Chicago, Illinois.

While Golonka appeared in many projects through the years, she was most well-known for portraying the character Millie on The Andy Griffith Show and its spin-off series, Mayberry R.F.D.

Golonka only appeared on two episodes of The Andy Griffith Show, but she was a regular cast member on Mayberry R.F.D. Her character, Millie, became the love interest of the show’s main character, Sam Jones (played by Ken Berry).

After Mayberry R.F.D went off the air, Golonka continued to enjoy a fruitful career. But she eventually left her own acting career behind to serve as an acting coach, with one of her most notable proteges being Halle Berry.

We're sad to hear of the death of #ArleneGolonka (1936–2021)—Millie from MAYBERRY R.F.D, voice actress in cartoons like SPEED BUGGY.

She was also on ALL IN THE FAMILY, MASH, MARY TYLER MOORE and more than 30 movies in a 50-year career. https://t.co/qley8UHCUe #RIPArleneGolonka pic.twitter.com/lZ3P4iQQwq

Even though Golonka hadn’t been in the spotlight within recent years, she was still beloved by those who enjoyed watching her films and TV shows. So when news broke that she passed away on Monday (May 31), many people were devastated.

Extra reported on Golonka’s death, citing a tweet from her friend Cary Kozlov.

“Sad to announce the passing of my dear friend, Arlene Golonk,” Kozlov wrote. “A beautiful and kind human being and talented actress. You will never be forgotten.”

Sad to announce the passing of my dear friend, Arlene Golonka. A beautiful and kind human being and talented actress. You will never be forgotten ?? #arlenegolonka pic.twitter.com/Y0pZELVsTO

The Andy Griffith Show Facebook page also remembered Golonka. The page wrote a tribute to her alongside a batch of photos that show her as Millie.

“Her bright smile will surely be missed, and our thoughts and prayers are with all her loved ones,” the post read. “She was 85 years of age.”

You can read the full tribute to Golonka below. She is already so dearly missed.