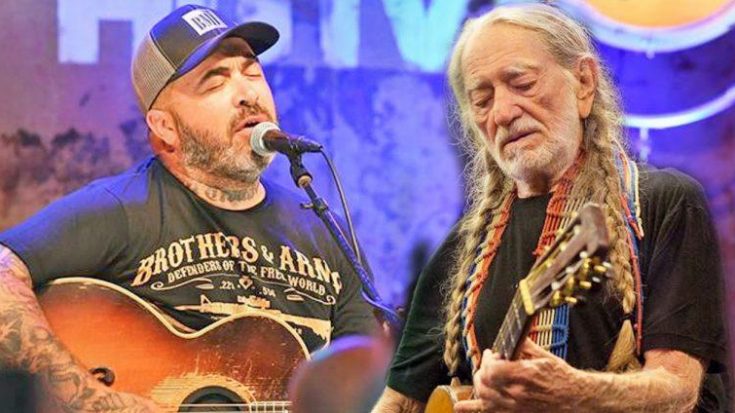 Country fans, your prayers have been answered…in the form of Aaron Lewis.

In a time when many country music fans are giving up on modern artists and the genre as a whole, Lewis provides a breath of fresh air, yet brings on the nostalgia in his latest project, Sinner.

The former frontman for the rock group Staind first ventured into country music in 2011 when he released his debut EP, Town Line. Since then, he’s released a full album, which broke into the Top 10 on the Billboard country albums chart, and began to record his follow-up album, Sinner, which was released in September 2016.

According to a press release, the album “captures Lewis’ mindset, a laid back soundtrack that is reminiscent of the genre’s most honest and musically adventurous artists.”

His first single off Sinner was a breath of fresh air for classic country fans. Titled “That Ain’t Country,” Lewis sings about how much country music has changed over the years and how he absolutely loves the music his “granddad used to play.” Fans loved the song so much, they called it a “savior” song for country music. He reference country greats Johnny Cash, Hank Williams Jr., Merle Haggard, Charlie Daniels, David Allan Coe, Willie Nelson, George Jones, and Waylon Jennings.

Speaking to Blabbermouth.net, Lewis said his new album, Sinner, is heavily influenced by the traditional country music he was raised on.

“I’d like to think that ‘Sinner’ is a newer take on classic, traditional outlaw country, Waylon and Merle and Willie, and Hank Jr. and Johnny Cash and all that stuff. That was the music I heard a kid, and that’s the country music that permeated my soul and stuck with me my whole life.”

Not only is the album inspired by “traditional outlaw country” singers, it also includes one. The legendary Willie Nelson joins Lewis on the title track and it is everything you’ve ever hoped for and more.

Bridging the gap between a modern artist and a traditional sound seamlessly, “Sinner” will have you begging for more. Lewis and Nelson sing of their troubled pasts and how all they can do now is, “Hope the Lord can come save my soul/’Cause I’m a sinner to my core/I ask forgiveness and nothing more.”

If you want to order a copy of Sinner, you can buy it here. Take a listen to “Sinner” below.