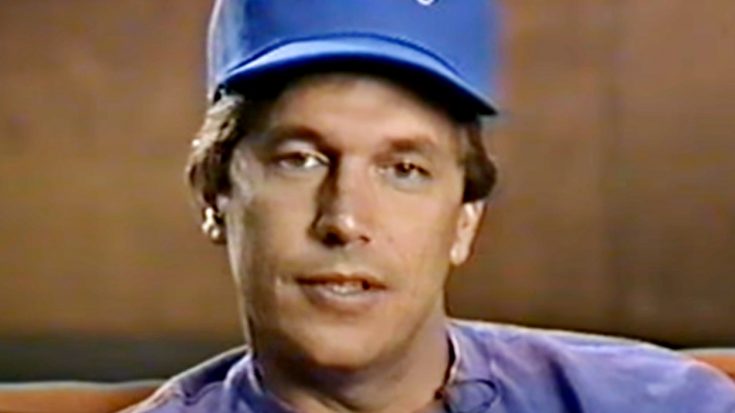 At first glance, his reaction wasn’t what many would expect and in this rarely-seen video he opens up about how the whole movie came to be.

“Now, George rarely grants interviews, but we were lucky enough to talk to George a few weeks ago,” KASE 101’s Bob Pickett explained in this video from 1992.

It was just a week before George Strait‘s first movie, Pure Country, was to hit theaters and this country station had the opportunity to sit down with this country star for a recap of how the feature film really came to be…and what he thought when he read the script.

Released on October 23rd, 1992, Pure Country was a surefire hit among many country fans and romantic western fans. Some critics weren’t pleased by the entire outcome, but it didn’t matter because the core audience it was directed at responded in a way like no other.

Plus, Pure Country helped make the soundtrack (also titled Pure Country) the best-selling album of his career to date.

This almost 30-year-old interview shows a rare side to Strait as he gets candid about his relationship with Elvis’ former manager Col. Tom Parker, and how the Pure Country script came off to him when he read it.

“He kept telling me ‘George, ya gotta get in the movies’,” Strait recalls a conversation with Parker. “So, I’d just kinda laugh…”

“The first time I looked at [the script] I kinda had my doubts about it…I didn’t know if I really wanted to do it.”

After talking with famous filmmaker Jerry Weintraub, he convinced Strait that he would enjoy it and they’d change the script to suit the singer more. Following a few subtle (and largely unknown) changes, Strait agreed to do it.

Then, the crew filmed for about a month of time around Fort Worth, Texas and then moved to Vegas and worked for nine days straight in a crazy shooting schedule that would burn out even some of the most seasoned performers.

Check out the full video interview below and let us know what you think in the comments.