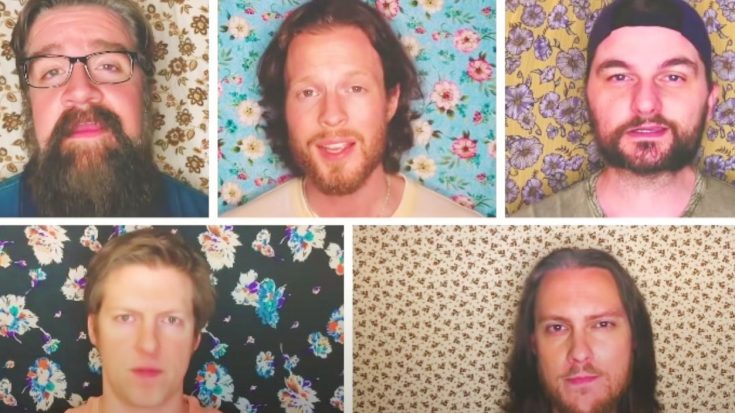 Harold Reid, the former bass singer and founding member of the Statler Brothers, passed away on April 24, 2020 at the age of 80. His death left the country music community in a deep state of mourning.

Since Reid was so well-respected in country music, a number of artists paid tribute to him after his passing. Toby Keith was one of those artists, and he chose to honor Reid by covering the Statler Brothers’ “Flowers on the Wall.”

“Flowers on the Wall” spent four weeks at the #2 position on the Hot Country Singles chart following its release in 1965. It was also a crossover hit, and peaked at the #4 slot on the all-genre Billboard Hot 100 chart.

Today, “Flowers on the Wall” is known as one of the Statler Brothers’ most recognizable songs. So it only made sense that Keith and other artists turned to the tune when they wanted to pay tribute to Reid.

A cappella group and The Sing-Off winners Home Free went on to record their own version of the song “in loving memory” of Reid. The group shared a video for their performance, which was done virtually since the members were unable to meet in person due to the current world environment.

Because Home Free is an cappella group, they delivered their cover of “Flowers on the Wall” without the use of any instruments. All of the sounds you hear are created by their voices, which makes their cover pretty remarkable!

At the end of the video, Foust spoke about Reid and why Home Free wanted to honor him with their performance:

“The Statlers truly paved the way for what we do, and we draw so much influence from their mix of country and Southern gospel,” Foust said. As a bass singer himself, Foust also noted that “Harold in particular was a big influence on [him].”

You can hear Foust and the other Home Free members honor Reid with their rendition of “Flowers on the Wall” by tuning in to the clip below. It’s so good, you’ll want to play it over and over!

Do You Know All The Actors Who Died On “Little House…

AGT Judges Disagree Over Contestant Who Sang “Piece Of My…