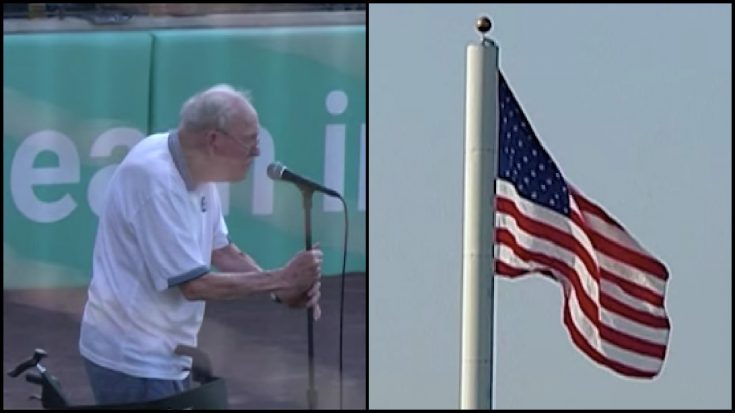 Fans attending a minor league baseball game in Michigan on Thursday (Aug. 5) were in for a treat as they witnessed a touching moment as a WWII veteran kicked off the game by singing the national anthem.

96-year-old John Pylman pushed his walker to the baseball field prior to a game between the West Michigan Whitecaps and the Dayton Dragons and stood behind a microphone. The announcer introduced him and the crowd responded with great applause.
Pylman sang the familiar lyrics with a conviction of someone who has experienced service to our country. As he finished singing the familiar tune, Pylman saluted before making his way off the field.

According to an interview with woodtv.com in 2020, Pylman was barely 20-years-old when he served as a navigator on a B-17 Flying Fortress during bombing raids over Germany in World War II.

“The experiences…they were yours and you did the best you could with them,” said John Pylman. “We had some near misses, but we survived. All of us had a job to do and we did it. And we were proud of it.”

Watch John Pylman sing “The Star-Spangled Banner” in the video below.