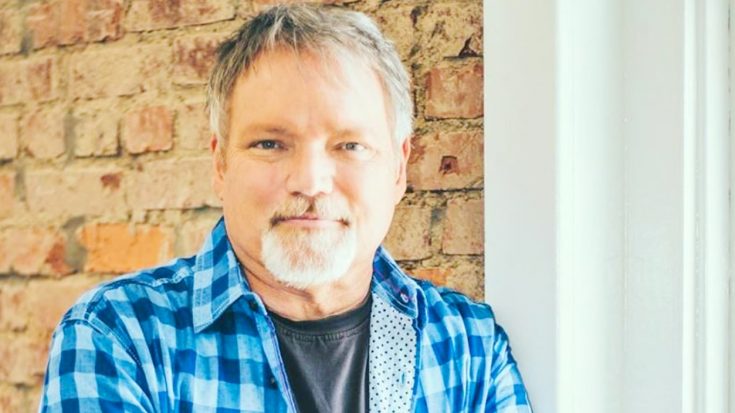 Known for singing 90s hits such as “Your Love Amazes Me” and “I Think About it All the Time,” John Berry has earned his status as a country music icon. The 59-year-old singer remains active as a performer and a recorder today, and is now one of the most respected figures in the business.

So that’s why it shocked so many people when, in January, Berry and his wife announced that he had been diagnosed with cancer.

The couple shared the news in a video message addressed to Berry’s fans. They said the cancer was discovered after Berry visited an ear/nose/throat specialist, who “didn’t like what he saw” when he looked down Berry’s throat.

A cat scan showed Berry had tumors on both tonsils, so his tonsils were removed and the tumors were sent in for a biopsy. The results came back, and indicated that Berry had cancer.

Thankfully, Berry said his cancer was treatable and had a high cure rate. He started treatment right away, and kept fans updated every step of the way.

Berry completed chemotherapy on March 28, and at that time he had eight radiation sessions left. He completed his final radiation treatment on April 4, and it was a cause for celebration.

“Completed 35 treatments! I cannot believe I made it! Thank you! What a great day,” he said.

Berry said from this point forward, he’ll continue to go to the doctor for periodic checkups just to make sure everything is alright. Back in June, he let his fans know that his doctor gave him a “great report.”

Now, Berry has even more good news to share in his latest update. This week, he shared the happy news that he has been declared cancer free!

“Today was a GREAT DAY!” Berry wrote. He also took time to thank fans for all of their continued prayers and support.

Today was a GREAT DAY! Thank you all for the continued prayers !!

This is such great news to hear…we’re so happy for Berry and his family!

We’ll continue to keep Berry in our thoughts, and pray that the cancer doesn’t return. Now he can get back to doing what he loves…singing for his fans!