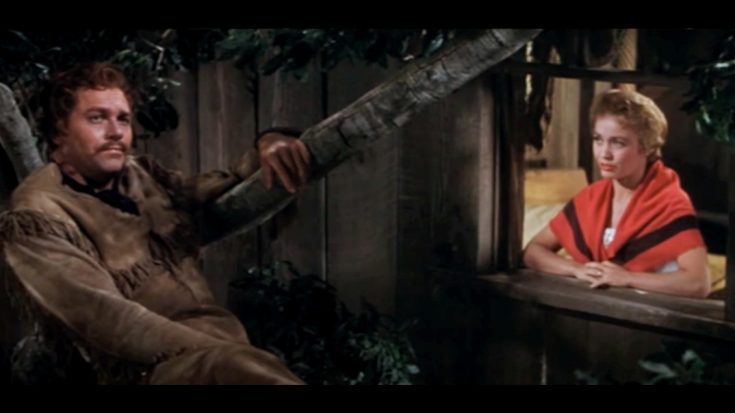 A veteran actress and talented icon of Hollywood’s Golden Age has passed away at the age of 92.

Born on April 1st, 1929 – Jane Powell would go on to become the unforgettable face and voice behind the illustrious Milly Pontipee in 1954’s hit film Seven Brides for Seven Brothers.

Somehow it just don't seem fitting for a man to spend his wedding night in a tree. -Jane Powell as Milly Pontipee in Seven Brides… pic.twitter.com/zXxIbtUbym

Powell was renowned for her seemingly endless talents and even once performed “Buttons and Bows” at President Harry S. Truman’s Inaugural Ball!

Beyond her role in Seven Brides for Seven Brothers, Powell chartered a career spanning nearly 60 years and is credited in nearly 50 different film and TV projects along with 70+ soundtrack credits.

A report from Deadline states that Powell’s close friend and the family’s spokesperson confirmed her passing on September 16th, 2021. She died at home from natural causes at the incredible age of 92.

Powell, in recent years, has been noted as one of the few surviving stars from the Golden Age of Hollywood and she continued acting well into her 70s – a feat not many others took on.

She started out as a local singer, famous around her home state of Oregon, and later moved to Los Angeles after inking a deal with MGM. A short time later she hit the screen in her 1944 debut of Song of the Open Road.

After that, roles and opportunities flooded in for her and she starred in memorable films like Delightfully Dangers, A Date With Judy, Royal Wedding, Hit the Deck, and (of course) Seven Brides for Seven Brothers. She even once taped a pilot for her own television variety show called The Jane Powell Show.

In the 90s she even had a recurring role on Growing Pains with Alan Thicke.

Our thoughts and prayers are with Powell’s family during this very difficult time.

Watch this clip from Seven Brides for Seven Brothers below.