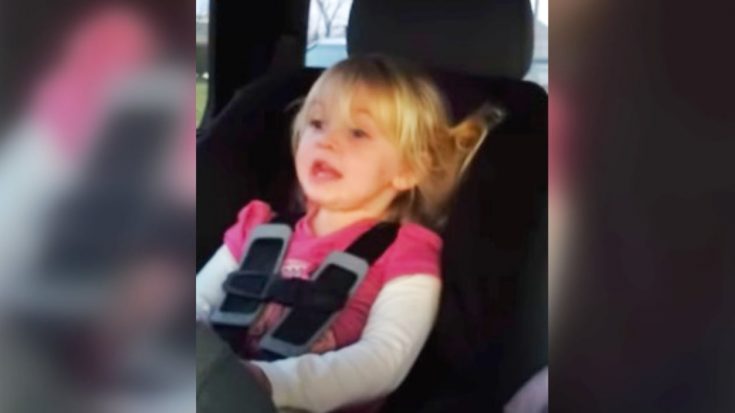 The Signature Song That Keeps Truckin’ On

Look out world, this little girl is going to be a superstar!

Three-year-old Anna is probably one of the most adorable little girls we’ve ever seen. And her cover of Willie Nelson‘s “On The Road Again” is just as cute!

Nelson released “On the Road Again” in 1980, and it became his ninth number one hit. To this day, it remains one of his signature songs, with fans anxiously waiting to hear him play it at his shows.

Within recent years, “On the Road Again” has experienced a resurgence in popularity thanks to the mega country mashup, “Forever Country.” The song, which was created in honor of the CMA Awards’ 50th anniversary, blends “On the Road Again” with Dolly Parton‘s “I Will Always Love You” and John Denver‘s “Take Me Home, Country Roads.”

Nelson was one of the dozens of artists who participated in “Forever Country,” and also appears in its music video.

But you’ll likely never see a more enthusiastic rendition of the song than the one performed by little Anna here!

While cruising around town in her carseat, Anna passionately belts out Nelson’s hit song. This adorable little girl doesn’t miss a beat or a word. We’re really impressed by Anna’s rendition of this classic, and we’re pretty sure Nelson would feel the same!

After she finishes the whole song (kind of), Anna says to her dad in the cutest, most heart-melting voice, “was that the whole song?” Her dad responds, “That’s pretty close,” and little Anna gives a satisfied smirk.

Anna, we can’t wait to see what you have in store for us next!

Check out the video to see this adorable little girl singing “On The Road Again.” It’s guaranteed to put a smile on your face.