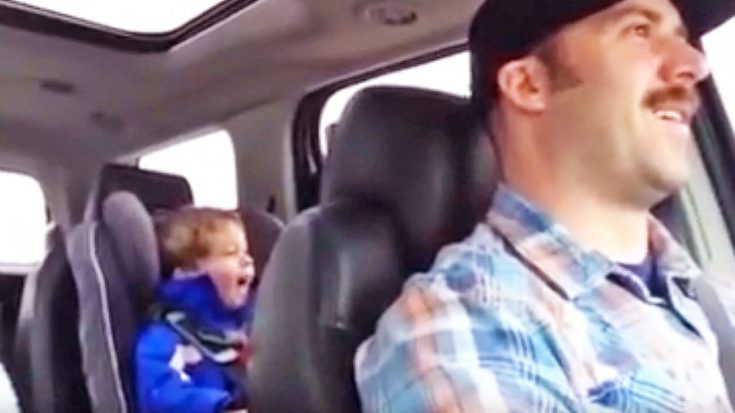 In 1993, Toby Keith released a song that cowboys and cowgirls have been singing at the top of their lungs ever since. Called “Should’ve Been a Cowboy,” the song was Keith’s debut single. It instantly put him on the map as a country star when it hit number one on the charts.

“Should’ve Been a Cowboy” also helped Keith develop his own cowboy persona which has popped up in some of his other songs over the years, including “Beer for My Horses” and “A Few More Cowboys.”

When Keith released “Should’ve Been a Cowboy,” he had many country fans feeling the itch to hitch a ride in the saddle and head out into the Wild West. All these years later, the tune still gives country fans young and old the urge to ride off into the sunset.

One such fan is little Xavier, who stole the hearts of people around the world with his own rendition of Keith’s hit song. Cuddled up in his car seat in the back of the car, Xavier started belting out the chorus of “Should’ve Been a Cowboy” at the top of his lungs.

Xavier’s father managed to catch the adorable moment on film, and he shared it on YouTube. The video gathered thousands of views, and even caught the attention of Keith himself. He was actually the first person to comment on the video, and he wrote “sing it little man!”

And man, Xavier really sings it in this video. His father couldn’t keep a straight face as he listened to his son sing, and you won’t be able to either when you watch the video.

We can’t blame Xavier for belting this one out…it’s such a fun song to sing!